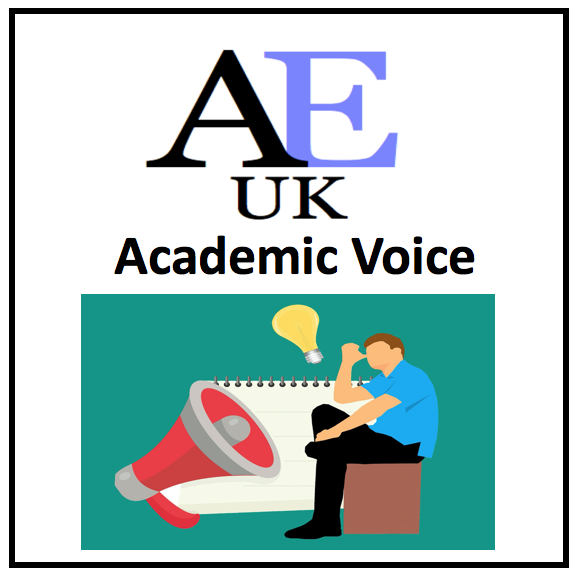 Academic voice in writing is…

the ultimate goal of an academic writer and is hard to achieve. Hence, it only features in the exceptional and very good bands of academic grades (65+ % range). Having a clear writer’s voice involves:

How to create voice

An Example of Academic Stance in a Journal article.

Sometimes students wonder what is academic stance and find it difficult to identify how it is used. This document provides a clear example of how a writer adds their own voice through language. 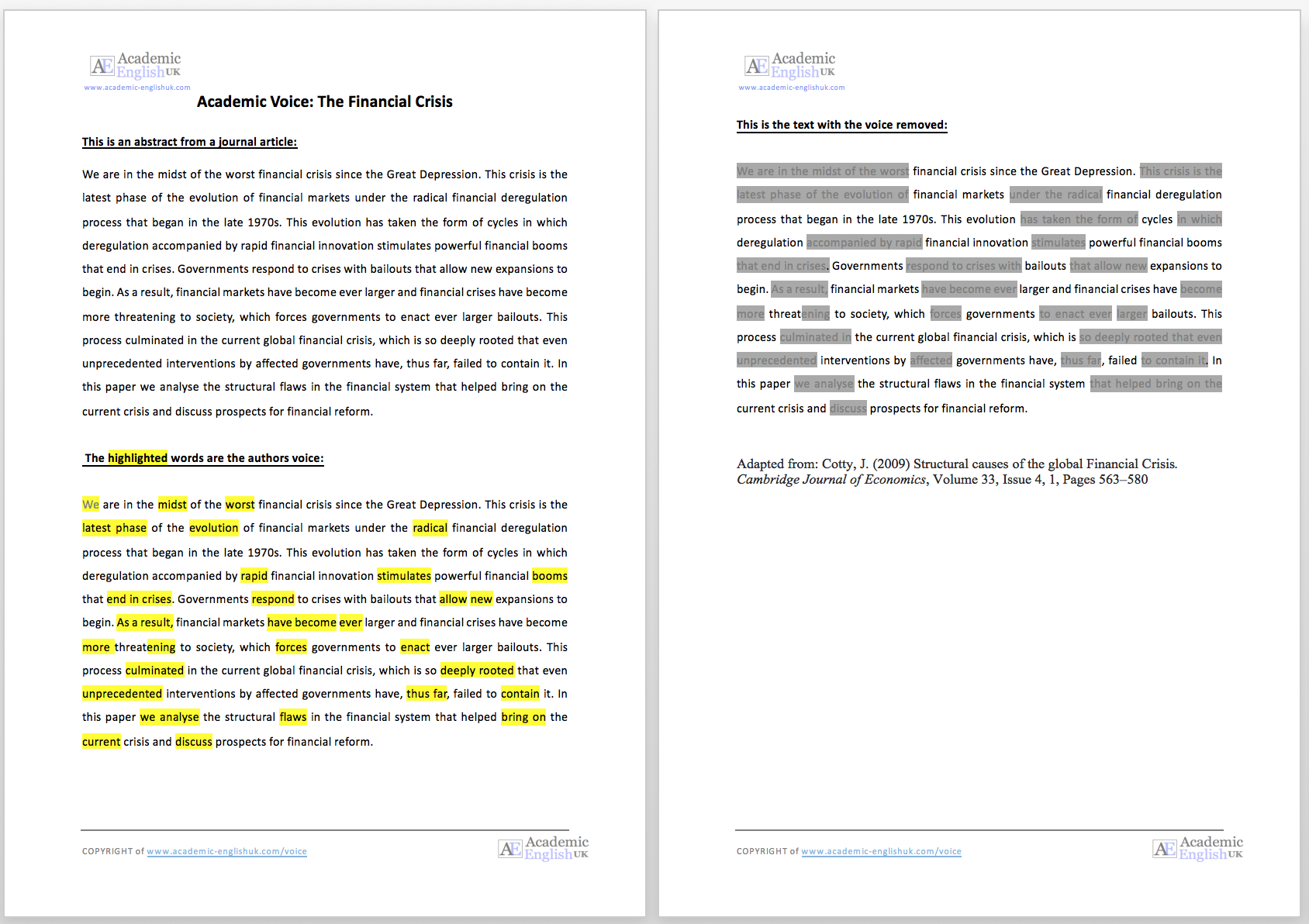 Sometimes students wonder what is academic stance / voice and find it difficult to identify how it is used. This document provides a clear example of how a writer adds their own voice through language.

We are in the midst of the worst financial crisis since the Great Depression. This crisis is the latest phase of the evolution of financial markets under the radical financial deregulation process that began in the late 1970s. This evolution has taken the form of cycles in which deregulation accompanied by rapid financial innovation stimulates powerful financial booms that end in crises. Governments respond to crises with bailouts that allow new expansions to begin. As a result, financial markets have become ever larger and financial crises have become more threatening to society, which forces governments to enact ever larger bailouts. This process culminated in the current global financial crisis, which is so deeply rooted that even unprecedented interventions by affected governments have, thus far, failed to contain it. In this paper we analyse the structural flaws in the financial system that helped bring on the current crisis and discuss prospects for financial reform.